This year is Oaktree’s 50th anniversary and our sixth former's wanted to mark this special anniversary and decided to make a giant sculpture to be displayed within the school.

They chose to make a bear. They wanted to involve the whole school and so decided to hold a competition to design the bear.

Every student in Oaktree School took part in the competition to design the bear. The results were absolutely amazing! They were full of colour, shape and texture and every design was original and creative.

Our panel of judges included our Head Teacher, Deputy Head, 3 members of staff and a pupil. They looked at the designs and chose two winners. The winners were announced and their designs were exhibited in the school newsletter.

The creative process began by wrapping metal wire around a wooden frame. After the structure was nice and strong we started to put papier mache on top of the wire to build up the shape. Every single student and adult at Oaktree School helped make the bear and Mazz and the sixth former's were very grateful. It took weeks to rip up the newspaper and glue it onto the metal wire and to cover the whole shape and fill all of the gaps. After weeks of perfecting the papier mache technique we moved onto using mod roc which is a plaster of paris bandage that hardens when it is dipped in water. We covered the whole sculpture with mod roc and the shape of the bear became clearer. When the mod roc dried it became rock hard and strong enough to move out of the art room and into the foyer. 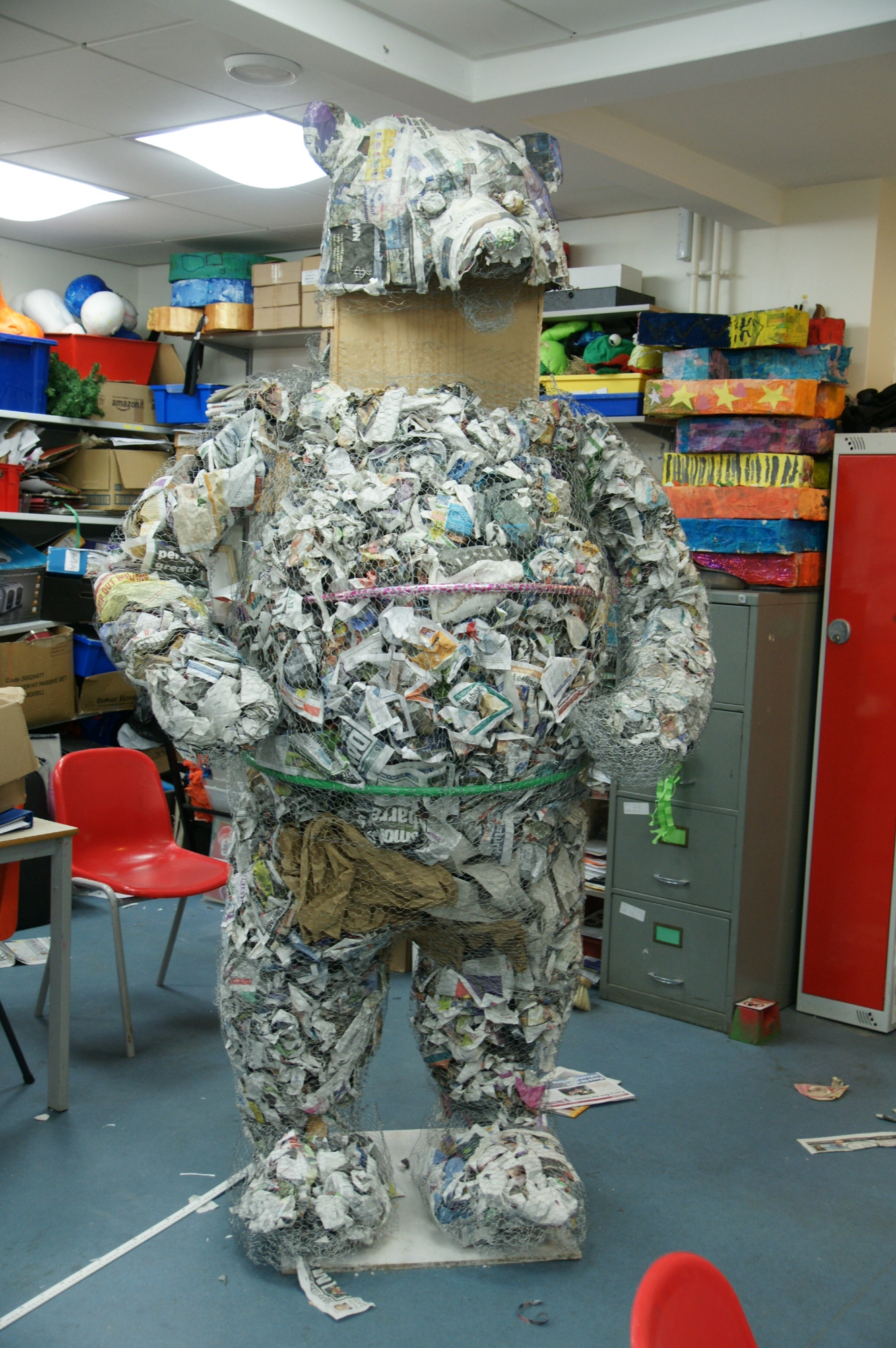 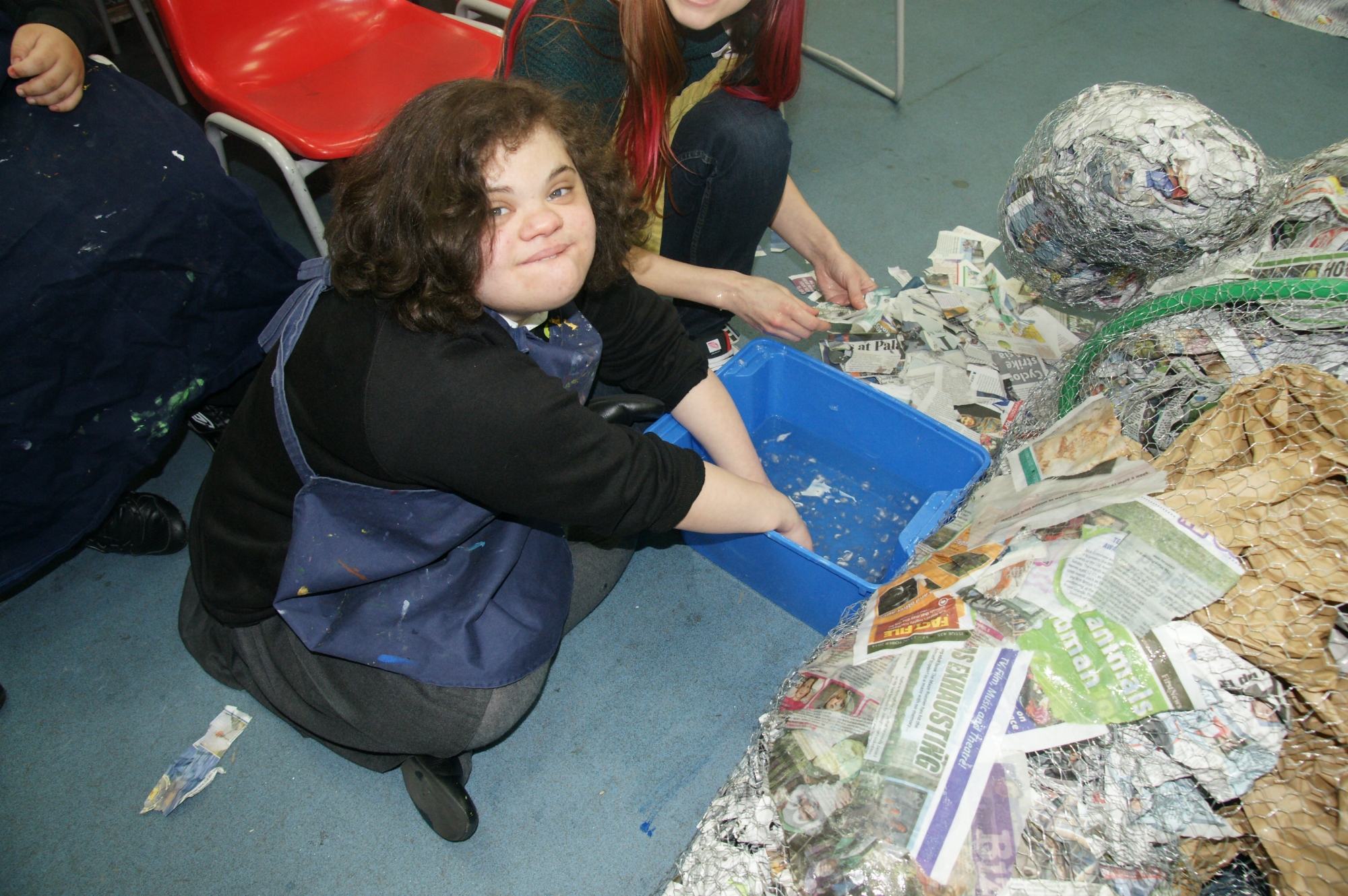 After the messy jobs were finished we had to make clothes for the bear using fabric. We had to glue the eyes on, sew the shorts on and make sure the bear didn’t fall over.

It took us over a year to complete the bear sculpture and everyone worked very hard to help make it happen.

We had to be BRAVE and put our hands in buckets of sticky papier mache paste!

EVERYONE was involved in the creative process!

We had a very ambitious AIM and we managed complete our task!

We treated everyone with RESPECT and worked together as a team!

Once we welcomed the bear as our school mascot we realised it needed a name so Mr Y set up a competition to name the bear. The winning name was Oakie.

Thank you to the staff and students of Oaktree School for helping the art department make this huge sculpture. We hope you enjoyed it as much as we did and we hope Oakie is something you are proud of.  Well done Oaktree artists!